You are here: Home / Archives for business writing 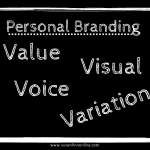 My thanks to colleague and mentor Susan Finn, for rising to my call for guest bloggers! Her post continues the personal brand theme I started last month, with the importance of using a professional headshot. You probably think that you are in the business of ______ (fill in the blank: jewelry making, selling insurance, massage therapy, graphic arts). But really, you are in the business of marketing your business. Right now, there are people who need your goods or services. It is up to you to help them find you. Therefore, marketing is not what you do to sell your goods or services, it’s something you do FOR your potential clients. As we all know, with the internet, social media and the constant pace of 24/7 business, it is more critical than ever that a person or company brands and promotes effectively. Your personal brand, product or service might be the most awesome on the face of this earth, but if customers can’t find the value—the unique value—they are unlikely to … END_OF_DOCUMENT_TOKEN_TO_BE_REPLACED 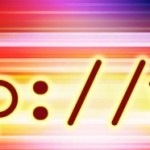 Got some helpful feedback on my Oct. 18 web post, WWW.What the Heck?, which attempts to talk about what makes good copy for your website. One person asked: How about some examples of good and bad web copy, Fran?  OK—can do! It just so happens that a couple of years ago, I made a presentation to another group on the same topic. Here are the two websites I used as my examples, with the URLs and other identifiers of the guilty held back (in case they are your first cousins). I’ll just share the first two paragraphs from their respective home pages. Take a look at them and compare each to my points about being brief, using informal language, and getting to the heart of what your client cares about. Both websites are for companies doing home inspections. This one I don’t like—it uses we/you point of view, but it’s mostly about the company, not the customer. On the site itself, you can’t even find this text until you’ve “paged down” twice past too many uninformative stock … END_OF_DOCUMENT_TOKEN_TO_BE_REPLACED 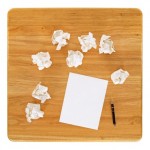 Ever have to write something, and find yourself putting it off until it’s too late to do it at all? Ever get the sweats looking at a blank screen, then say to yourself, “Hmmm, where’s that sewing project I’ve been meaning to do for the last six months, I need to get it done NOW”? Don’t worry, you are not alone. Every author, no matter how experienced, faces writer’s block from time to time. Here are some things I do to cope. Step One: Warm Up. The more you write, the easier it gets, like any other practical skill. The trick I follow when I’m challenged by a topic is to just sit down at my computer and start writing what I know about the topic, even if it sounds weird. It physically and mentally loosens me up, like a warm-up exercise. I also find that it captures what I really feel about the topic, and it helps me get excited about it. Step Two: Research. Then, I research online what I don’t know about the topic and add to the piece. Before I know it, I have several pages … END_OF_DOCUMENT_TOKEN_TO_BE_REPLACED 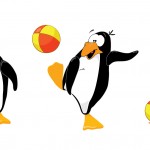 So the old joke goes something like this, with a few embellishments. Mr. Brown is traveling through Kansas and meets a guy selling penguins at $2.00 each. “What a great deal,” he thinks. He calls the Bronx Zoo, which tells him that it’ll buy as many penguins as he can sell it at $90.00 each, so he buys 129 of them to bring to New York. Somewhere around Hackensack, New Jersey, Mr. Brown’s car breaks down. While he’s waiting for AAA, a Good Samaritan stops to help him, and Mr. Brown asks him, “Would you take these penguins to the Bronx Zoo?” The Good Samaritan agrees to help, loads all 129 penguins into his car, and takes off. In the Bronx, Mr. Brown gets into a major bumper-to-bumper traffic jam. As he creeps closer to the zoo, he sees people lined up along the sides of the street, pointing and laughing. As he pulls up to the zoo, he sees the guy who helped him walking along the sidewalk, trailed by a line of penguins holding balloons. “What the heck?” he says to the Good … END_OF_DOCUMENT_TOKEN_TO_BE_REPLACED 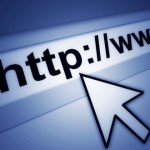 Have you looked at your business website lately?  Maybe you’d better. As a matter of fact, pull it up right now and look at it as you read this. How well does your web copy communicate what you want it to say? As Dr. Phil would say, “How’s it working for ya?” What I do often is write web copy for my clients. Web copy is different from the copy you’ll see in other types of marketing vehicles. We web surfers, well, we just don’t have the time to read a full sentence.  So, you have only a few seconds to grab people’s attention and make your case, before they go on to the next site. Readers will ditch your site right away if they are: bored by your presentation confused by what you are trying to say overwhelmed by all the stuff you throw at them can't easily find what they are looking for   So, make sure your site is written for your customers, not for your own entertainment.  Here are some quick tips, supported by my gurus in web content like Robert W. … END_OF_DOCUMENT_TOKEN_TO_BE_REPLACED 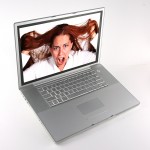 Please allow me a few moments to rant about proper email usage. I have written in the past about it, but apparently nobody read my emails. I have burrowed into my (admittedly disorganized, non-foldered) email list in the past to try to find a particular one, only to see that it didn't have a subject line, which is why I couldn't find it, or it didn't have the person's current phone number on it, so I have to go elsewhere to find her, and then I find that another email didn't answer all of my questions, so I have to email her again. Not that I haven't been guilty of hitting the "send" button too soon, before double-checking that the attachment was there. At least it doesn't happen as often now as it did when I first started sending them as attachments 25 years ago. (Oops, did I just tell you my age? Please disregard.) Val Nelson is a good writer, a good coach and a good mentor from one of my networking groups.  Take her "E-tiquette Quiz" on email usage and tell me how you do. … END_OF_DOCUMENT_TOKEN_TO_BE_REPLACED